I’m excited to announce that I’ll be joining a multidisciplinary team of researchers, supported by UOW’s Global Challenges program, to investigate the potential impact of large ships anchoring on our marine life and seafloor habitats. 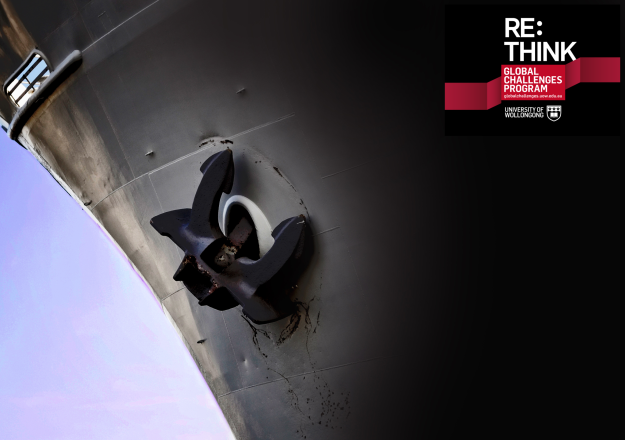 As an island nation, we are heavily dependent on shipping, with large ships transporting 99% of our trade by volume. Prior to entering our ports these large vessels may anchor in deep water, often for many days, waiting for their turn to exchange cargo.

Now when I say ‘large’ I mean freakin huge (see pic below). These ships are between 200-300 metres long and to anchor they require an anchor chain up to 250 metres long where each individual chain link can weigh up to 200 kilograms!

Off the coast of NSW ports these vessel anchor in 40-60 metres of water which means a majority of the chain is on the seafloor. As a result, anchoring may potentially be damaging the seafloor, habitat-forming marine species and affecting fish populations.

To understand the potential impacts of this activity, we will be mapping the seafloor of areas with high shipping activity, around some of the nation’s busiest ports (e.g. Port Kembla and Newcastle). This information will inform us which marine habitats and species may be at risk.

Using remotely operated vehicles and cameras we will then test the impact of anchoring by comparing marine life (fish and invertebrates) between the areas which are heavily anchored to control areas with little to no anchoring activity.

This work is already underway off the coast of Port Kembla. Habitat mapping by Office of Environment and Heritage, coupled with ship tracking data from Australia Maritime Safety Authority has revealed that large ships regularly anchor on rocky reef habitat around 50 metres in depth (Pic 2).

Rocky reef is an incredibly productive habitat type supporting a diverse range of sessile invertebrates and important reef fishes (you can read more about that here, Pic 3). So the next step is to determine whether this anchoring activity is damaging rocky reef biodiversity off the coast of Port Kembla. We will then expand our study to investigate the effect of large ships anchoring at a number of ports around the country.

If impacts are discovered we hope to work with industry to identify areas of high ecological value and modify anchoring practices at these locations. The shipping industry is aware of environmental stewardship and we are seeking robust environmental outcomes for this project.

Stay tuned to see what we discover! 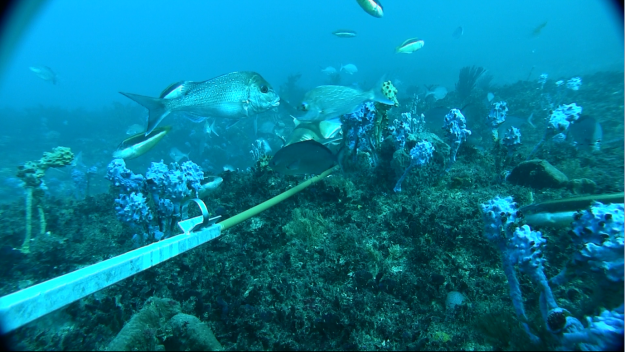 Picture 3: Frame grab from a remote underwater video deployed over rocky reef habitat in south-east Australia. This habitat type supports a myriad of organisms such as sponges, ascidians and important fished species such as Snapper. Footage recorded in collaboration with NSW DPI.

3 thoughts on “Dragging the chain – does anchoring by large ships impact our marine life?”